At 7:50am a 2 seater fixed wing Diamond DA40 touched down on the runway, as the first official plane to land and open the Royal International Air Tattoo. Carol Vorderman smiled from the cockpit and looked very elegant as she stepped down off the wing in a glamorous all-in-one Vendi summer trouser suit.

Her partner Graham Duff was at the controls, glad to be back at Fairford after performing with the Red Arrows in 2010. 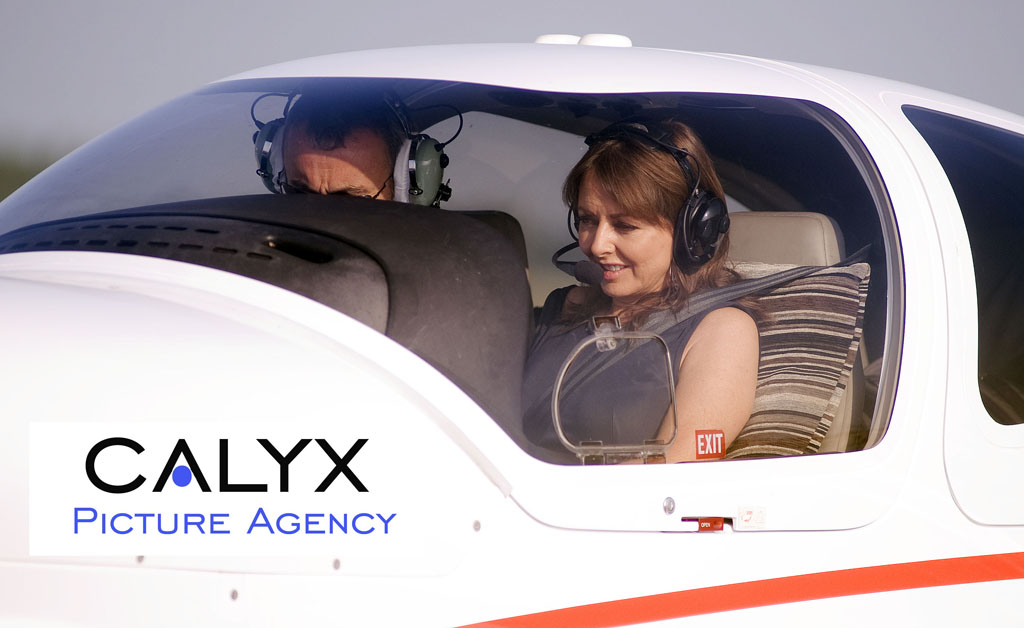 They bought the plane in March and go everywhere together, looking like they are in their element in it. This is the sixth time Carol Vorderman has been to RIAT and she speaks very highly of the show.She says “It’s a great privilege to be the first plane to land this year because it’s the most magnificent air show with aircraft from all over the world. There are 7 ½ hours of displays daily and when people want to talk to me – it’s like ‘not now – I’m looking at what’s going on in the sky!’.”

Her passion for aeroplanes is more than a passing fancy because she is learning to fly with a view to following in the wingtips of famous aviator Amelia Earhart, who flew solo round the world.

From the age of 12, Carol always wanted to be a pilot and read Engineering at Cambridge, graduating early, aged just 20. She says “In the 1970’s the RAF were not taking women as pilots so I wanted to be a commercial pilot and structured my career round that. But just as I graduated, British Airways closed their training school so I was scuppered.

But life comes full circle and now I’m winding down work commitments so I can spend a year having lessons and preparing for a 3 month round the world flight with Graham in a support plane.”

She is learning to fly out of Staverton Flying School (all women) at Gloucester Airport and is hoping to get her PPL in September (Private Pilot’s Licence). Asked if she was nervous to be taking on such a big challenge, she replied “I’m trying not to think about it. I look at it more as an adventure and the more prepared you are, the less the risk!

Some of the airports Amelia Earhart landed at are now international airports. Others have disappeared so Carol needs experience flying in all conditions as part of her rigorous training. She says “The leg over the Pacific is 20 hours long and it’s where Amelia died, so we have to take all the necessary precautions. Right now we’re selecting a plane and need one that can land on really rough terrain.”

Carol’s partner and pilot Graham Duff will be her Wingman! He used to fly in positions R4 and R8 with the Red Arrows and says “the highlight of my career was the American Tour in 2008 flying over Iceland and Greenland.” Asked to name another great acrobatic air display team (apart from the Red Arrows) and he says “The Italians without a doubt! We went over to see their 50th Anniversary commemoration flight and they were stunning.”

Like Carol, he also always wanted to be a pilot from the age of 12. He joined the ATC Air Cadets and studied Aeronautical Engineering before joining the RAF and getting the most prestigious job there is for the “Best of the Best” as a Red Arrows Pilot travelling the world as ambassadors for the UK and the RAF.

He reckons Carol will do a superb job on the solo round the world flight because he says “She’s very technical and analytical. It’s going to be tough because the planes only have a 700 mile range so we have to refuel and even have to get oil into the engines mid-flight too or they’ll burn out. There is a lot of potential risk.”