With The Duke and Duchess of Cambridge touring the Solomon Islands under the cloud of Paparazzi images of their holiday in the south of France circulating the Celeb mags. Closer to home however our very own Princess Jasmine, star of the Pantomime Aladdin at Swindon’s Wyvern Theatre, has been paped with her beau Aladdin. 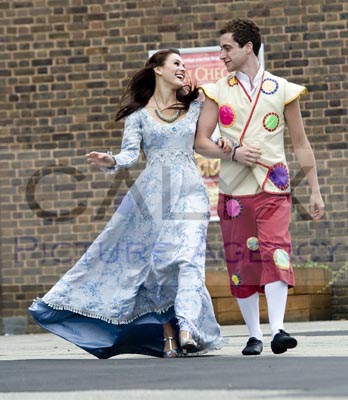 Jasmine was wearing an exclusive blue dress by the young Welsh designer Vernwy, who I am told by a close source is one of her favourite young designers. It is roumered he has made several other dresses for a special occasion later this year or early next year.

She spared no expense with pair of designer Chegwin of Wood Street nude shoes in silver.

The couple left the safety of the Theatre Club and walking hand in hand made their way for an impromptu visit to a secret Royal location, but our snapper caught them as they headed off. 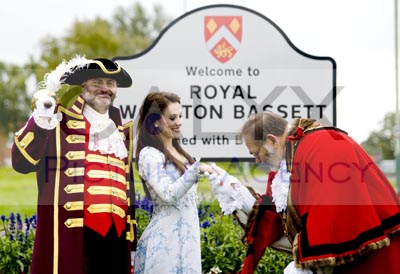 News however had leaked out and they were met at the town boundary by officials who welcomed them with due ceremony and blowing any chance of secrecy.

A spokesperson for the Wyvern Palace Press office refused to comment on the relationship and romance stating that any comment would not be forthcoming until the end of December or early in January, but suggested the images may well speak for themselves. 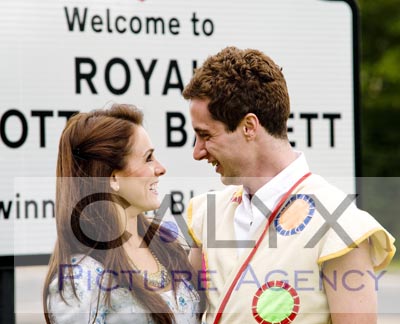 Checking to see if Christ Church is booked while we prepare for another Royal Soap Opera!