For the sixth year in a row Skate boarders and scooter riders of all ages took over historic Malmesbury Abbey and turned it into a skatepark for a few days.

The 12th Century former Benedictine abbey was transformed for a 21st Century use, with volunteers from the Abbey’s congregation joining with Christian Skaters UK to clear seating from the body of the building so that ramps, quarter pipes and grinding platforms could be installed. 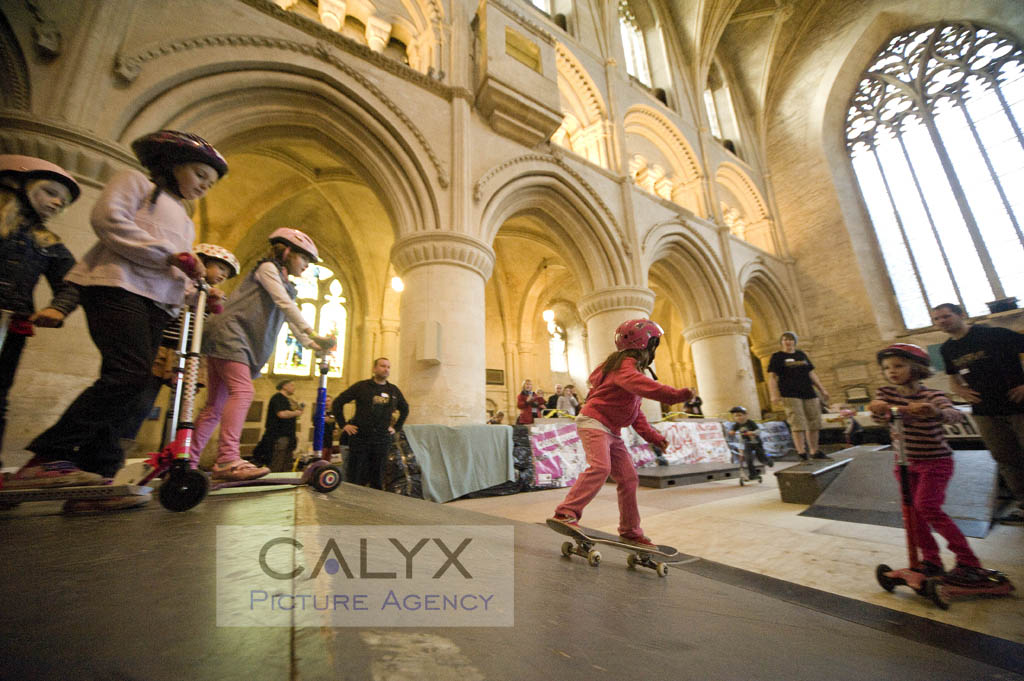 A temporary wooden floor was put down and 120 hay bales were brought in to provide safety barriers around the edge of the indoor skate park.

Since it started in 2009 hundreds of young people from Malmesbury, the surrounding villages and further afield have visited the facility, with some sessions booked up within hours of becoming available online.

Organiser phill Williams who has a passion for surfing and skating says, “The Bible (John 10:10 ) tells us to enjoy life to the full; so here we are.”

The skatepark is run by volunteers from the Malmsbury Abbey congregation in partnership with the national Christian Surfers and Christian Skaters UK organisation.