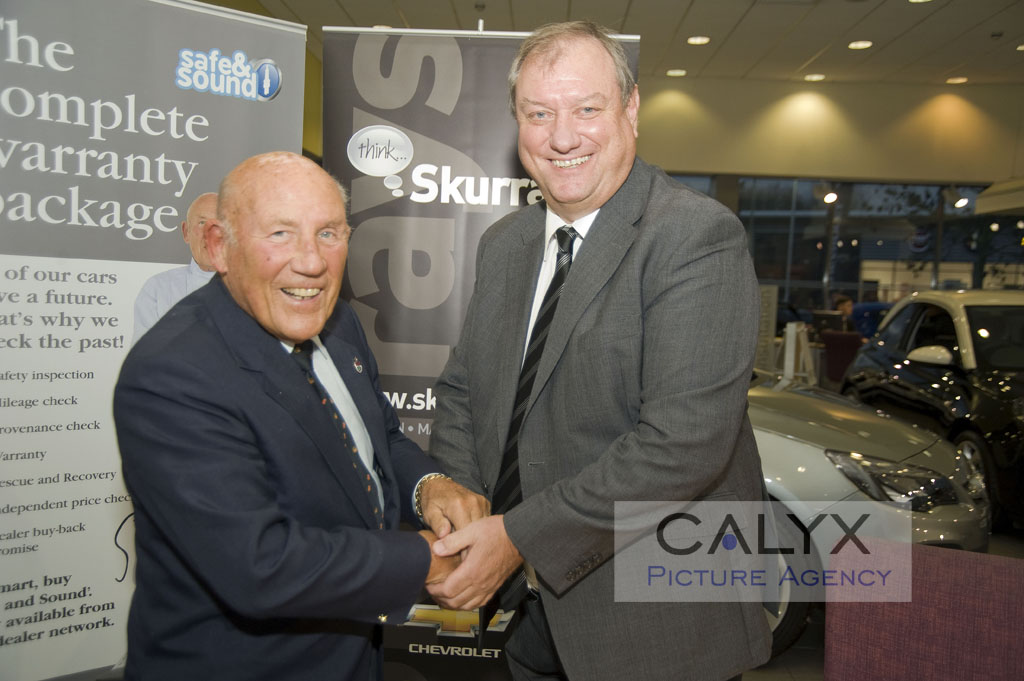 As a brand ambassador for Safe and Sound vehicle warranties, Sir Stirling met Skurray’s Vauxhall Managing Director Nick Plevey and his staff at the West Swindon showroom on Mead Way.

Sir Stirling Moss OBE, is widely recognised as the greatest all-round racing driver in the history of motorsport. Known for his amazing driving skill across a variety of vehicles types and racing categories – when cars were a great deal less safe than they are today, he is known as the greatest British driver never to win the world championship.

At the peak of his racing career, between 1948 and 1962, Sir Stirling was one of the original jet-setters – and he continues as energetically as ever in his eighty-fourth year. The visit to Swindon with Lady Moss was one of his many appearances and promotional engagements across the globe.

Copy thanks to the Link Magazine