The Whalebridge car park, which will be run by Swindon Borough Council, has high levels of security with 51 CCTV cameras on all six levels and in the stairwells, bright lighting, and 22 help points connected to a control centre. 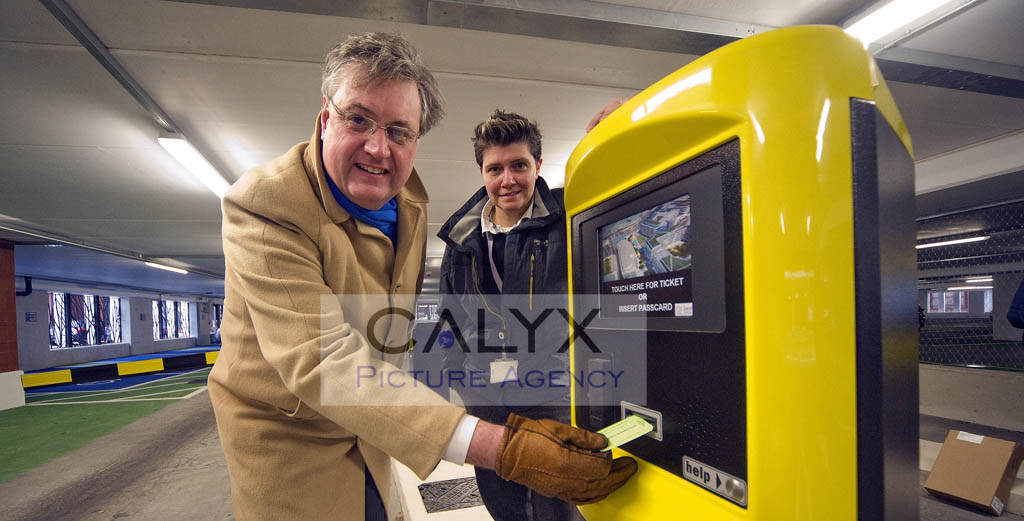 It also has indicators on each level to tell drivers if that level is full, which allows drivers to quickly move to a new floor and not waste time driving around looking for free spaces.

The new car park, which is designated as long-stay, is part of Swindon’s major Kimmerfields regeneration scheme. The £350million project, by developer Muse and overseen by Forward Swindon, will eventually see new shops, offices and bus station.

Already, 25% of the car park has been let to town centre businesses for staff parking. Vehicles can enter the car park between 6.30am and 11pm at night, although users will be able to access and drive out of the car park at any time.

The opening will allow the council to close a number of outdated car parks, paving the way for the regeneration of the sites they currently occupy. The Carlton multi-storey car park, which currently has 321 spaces is due to close in mid-January. The Cheltenham Street and Queenstown surface level car parks, which have 247 spaces between them, will close shortly after that.

The 249-spaceWyvern multi-storey car park is then due to close during the first half of next year. Part of the site has been earmarked as the eventual home of a proposed new Museum and Art Gallery.

Cllr Garry Perkins, Swindon Borough Council Cabinet member for economy and regeneration, said: “This new car park is a key point in the regeneration of Swindon, and will vastly improve the experience of visitors to the town centre.

“It will also increase the attractiveness of Swindon town centre to businesses, as the quality of our existing car parks was a definite barrier to business relocation and expansion. The cost of parking in the new car park is the same as long stay parking elsewhere in the town.”

I tried the car park out to park in while doing the photographs, and found the layout confusing.

Firstly there isn’t much warning that it is a LONG STAY carpark until you see the sign on the entrance, and once inside the signage is not enough. I had to reverse a couple of times as I had taken the wrong turnings.

The exit signs are poor, and from where I was parked you had to work out where the exit was as there was no signs pointing in the right direction.

Dawn Woolard Head of Parking said that the signage was already being altered and having reviewed it, it was an ongoing project.