An evocative painting by Swindon’s internationally acclaimed artist and muralist Ken White has been unveiled at Steam Museum of the Great Western Railway.

The oil on canvas painting entitled Lunchtime, has been acquired  by The Friends of Swindon Railway Museum. It depicts a group of GWR rivet hotters who are gathered round a brazier, making their toast at lunchtime.

It is one of many paintings in Ken’s collection that reflects the time he spent as an apprentice at the famous Swindon Railway Works as a rivet hotter and later as a signwriter. At the unveiling on 30 October Ken admitted that the young man at the centre of the piece is in fact a self-portrait. 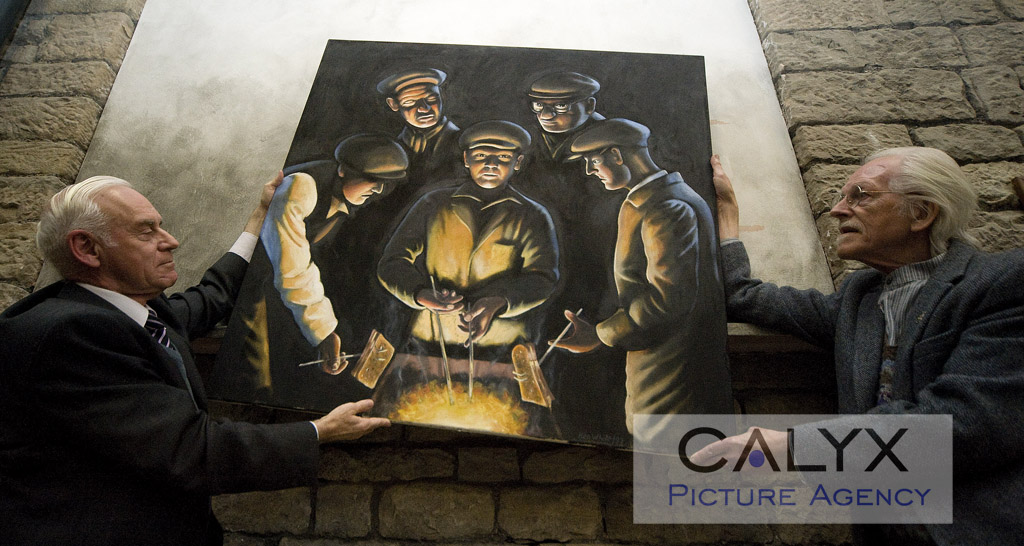 He said the painting which is one of a collection of over 30 GWR pieces: “I wanted to document my working in the GWR at Swindon Works; the atmosphere, noise, smells and the larger-than-life characters that I remember.” 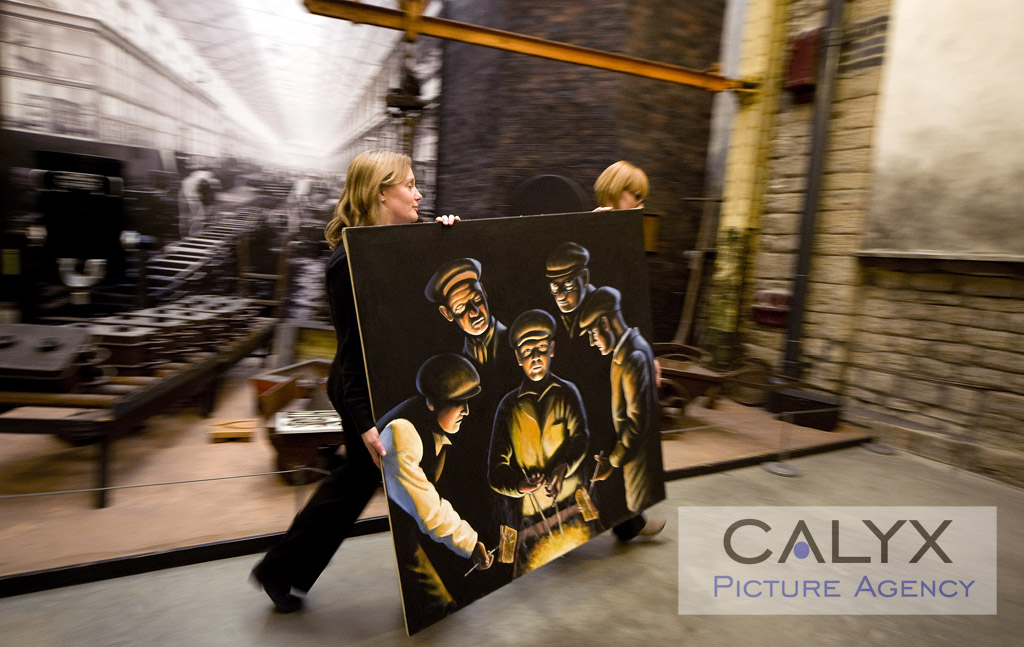 Alan Wild, Chairman of the Friends of Swindon Railway Museum, pictured with Ken, right, hanging the painting in the foundary area of the museum, said: “We are very pleased to have been able to secure the painting for the enjoyment of future visitors to the Museum.”

Cllr Garry Perkins, Swindon Borough Council’s Cabinet Member for Economy, Regeneration and Culture added: “Lunchtime is a perfect complement to the permanent themed displays in the foundry area at STEAM and our thanks go to the Friends of Swindon Railway Museum who have purchased this important painting by Ken White and donated it to the STEAM Collection.”

The Council has in it’s gallery one of the best collections of modern art in the country. One has to ask why we have Lowery’s and other modern artists  represented but not Swindon’s best known internationally famous painter.

It must be time to get a collection of Ken’s work for the town before the USA snaps it all up, and we lose his work forever.