Another book from the Calyx Archive…

Surrounded by my archive of about four million film-based and digital images that I have gathered over more than four decades of press photography in Swindon, I have discovered connections that run through the archive that weren’t obvious at the time.

“Another picture, another story” explores the jewel in the crown of Swindon, Lydiard Park; including when royalty visited. What is the link between Lydiard and Wroughton Airfield, and why a Wessex inspected a church and a Royal carriage.

How a telex announced a new era, and a postmistress is a wanted person; well, maybe. Why tunnels have been built and stables demolished in memory of the brave, and a pub is the centre of strange goings on. 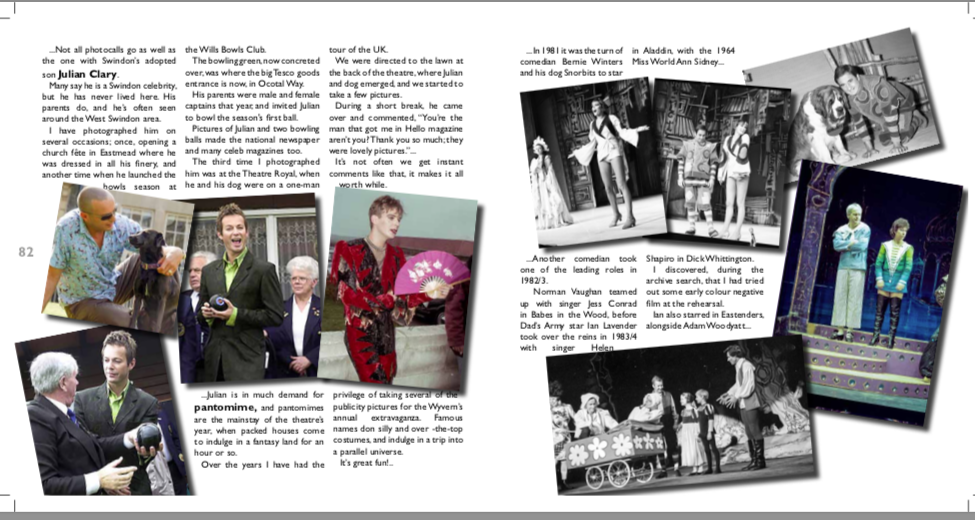 Remembering a parade, some wizards, and extraterrestrials; as well as a host of museums past and present. The connection of the young wizard to the birth of photography, and why two elderly gentlemen reminisced about a cop show at a festival.

It also goes into why Lydiard has seen launches; why a Church was the centre of attention as others ran, sang and played croquet. Why there were two funerals, a wedding and some locals filling in a grave.

The Cyan book is celebrated by Dr. Mike Pringle,
Capturing history as it happens is no mean feat; but that’s exactly what Richard does as he records visits of VIP’s to the borough, and snapping the everyday people of Swindon as they take the stage in front of his lens.

But, while he has an uncanny ability to be at the right place at the right time, it’s what Richard does there is really important: catching the moment.

His photographs record a side of Swindon that people rarely see; a town of interest, fascination, joy, and tragedy; a place where the arts and sciences from history to the future, thrive, which collectively tell the world about Swindon.

We think of such pictures as memorable moments in Swindon’s history, but when you see Richard’s pictures all together, you are looking not just at separate memories, but at one wonderful story.

Most importantly, you realise that the photographer hasn’t just captured history, he has become part of it.

There are now three books. Signed books can be ordered online, and if you want to purchase more than one then bundles are available too.

As with the last book £1 from every sale goes to Neuroendocrine Cancer UK.