The star of this years show is Ryan Thomas formally of Coronation Street. 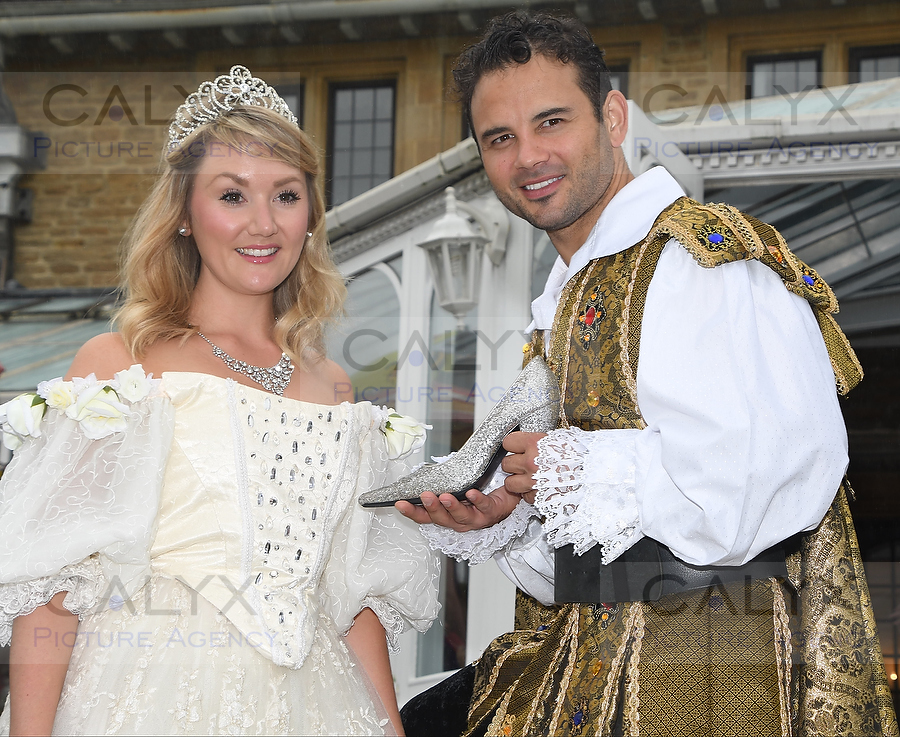 Salford-born Ryan burst onto television screens on Christmas Day in 2000 in the role of Jason Grimshaw in the iconic ITV soap Coronation Street, a role he has played for over 16 years to great acclaim. Best known for romantic storylines involving several of the Street’s beauties, Ryan left Weatherfield last month in an emotional departure following the death of his on-screen father. Cinderella marks Ryan’s Pantomime debut where he will star as Prince Charming.

Ryan Thomas was joined at the pantomime launch by Swindon favourite David Ashley, who this year plays one of the Ugly Sisters, Louie Westwood who takes the role of the other Ugly Sister, and Victoria Farley who plays Cinderella. The Fairy Godmother worked her magic for the occasion so that Cinderella could arrive in style on her beautiful white-horse-drawn carriage.

Produced by One From The Heart in association with HQ Theatres, the partnership behind previous record-breaking pantomimes at the Wyvern, Cinderella will be brought spectacularly to life with an abundance of comedy, sensational song and dance numbers, fabulous costumes and stunning scenery.