On August 17 2015 Wiltshire Air Ambulance (WAA) began carrying blood on the helicopter and rapid response vehicle, which will benefit seriously ill and injured patients in need of emergency blood transfusion.

The charity has teamed up with Great Western Air Ambulance Charity (GWAAC), based in Bristol, to fund the initiative.

From August 17 2015 GWAAC began carrying blood on its helicopter. This means that the two air ambulances are the first in the south west of England to carry blood. 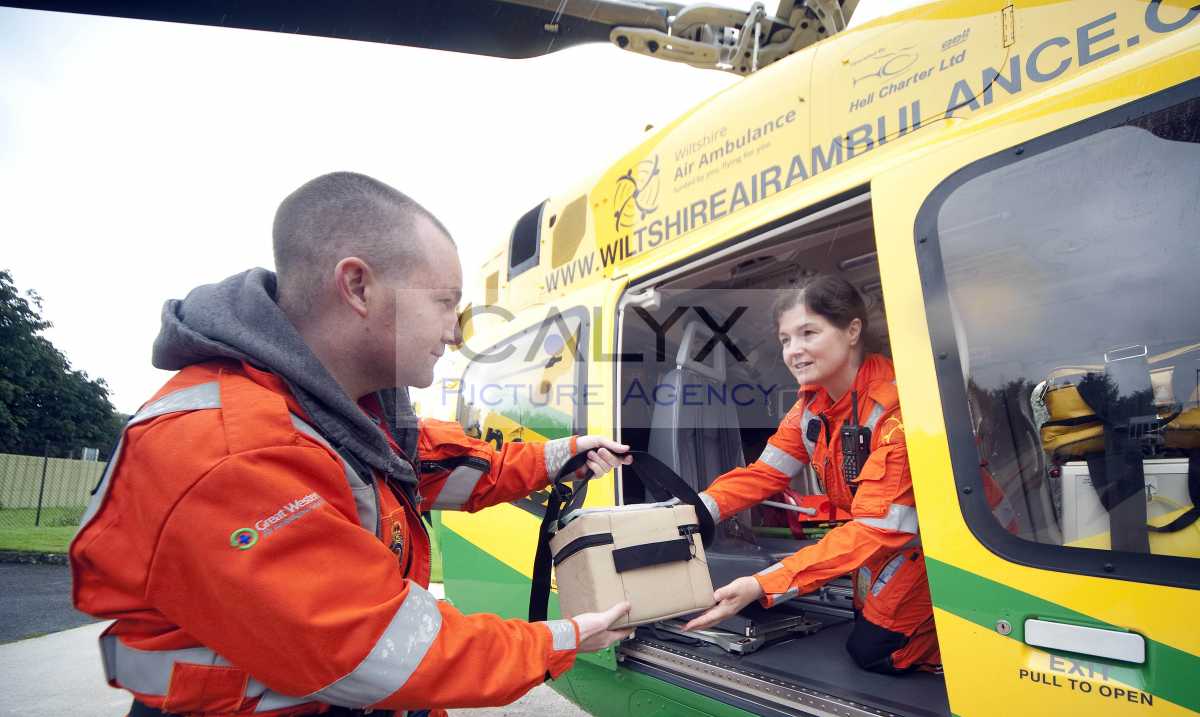 WAA Critical Care Paramedic Richard Miller said: “Without doubt having blood on the helicopter will save lives. At the very least, by giving blood to patients it will increase their blood volume and enable oxygen to get to their brain, heart and kidneys giving them a better chance of survival to enable us to get them to hospital for treatment.

“Over the last four years Wiltshire Air Ambulance has moved rapidly into pre-hospital care by diagnosing, stabilising and treating critically injured patients on the roadside before they are taken to hospital. Having blood on the aircraft is another enhancement we can make in taking the emergency department to the patient.”

Emergency blood transfusions are likely to be given to patients who suffer life-threatening bleeding caused by trauma and some acute medical conditions.

The blood is collected daily from the North Bristol Trust Transfusion Laboratory at Southmead Hospital and delivered daily to WAA’s Operations Centre in Devizes and GWAAC’s airbase in Filton by the charity Freewheelers EVS, which covers the south west. Additional deliveries can be made if required by the air crews. 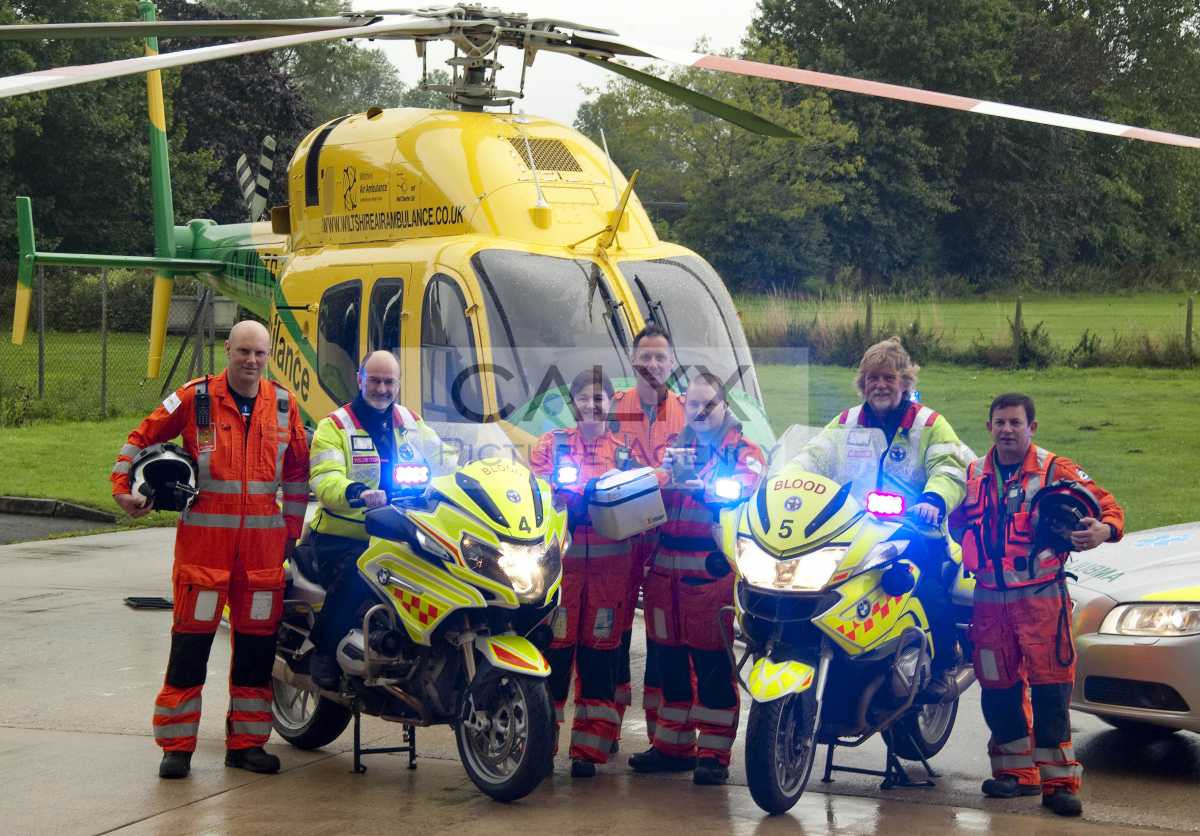 Melanie Rowbottom, a trustee of Freewheelers EVS, said: “Delivering blood supplies to air ambulances is a new venture for us and we are delighted to be working in partnership with Wiltshire Air Ambulance and Great Western Air Ambulance.

“We are excited to play our part in delivering a component of a service that could save many more lives, fully supported by the commitment of our members to make deliveries to the Air Ambulance bases 365 days a year.” 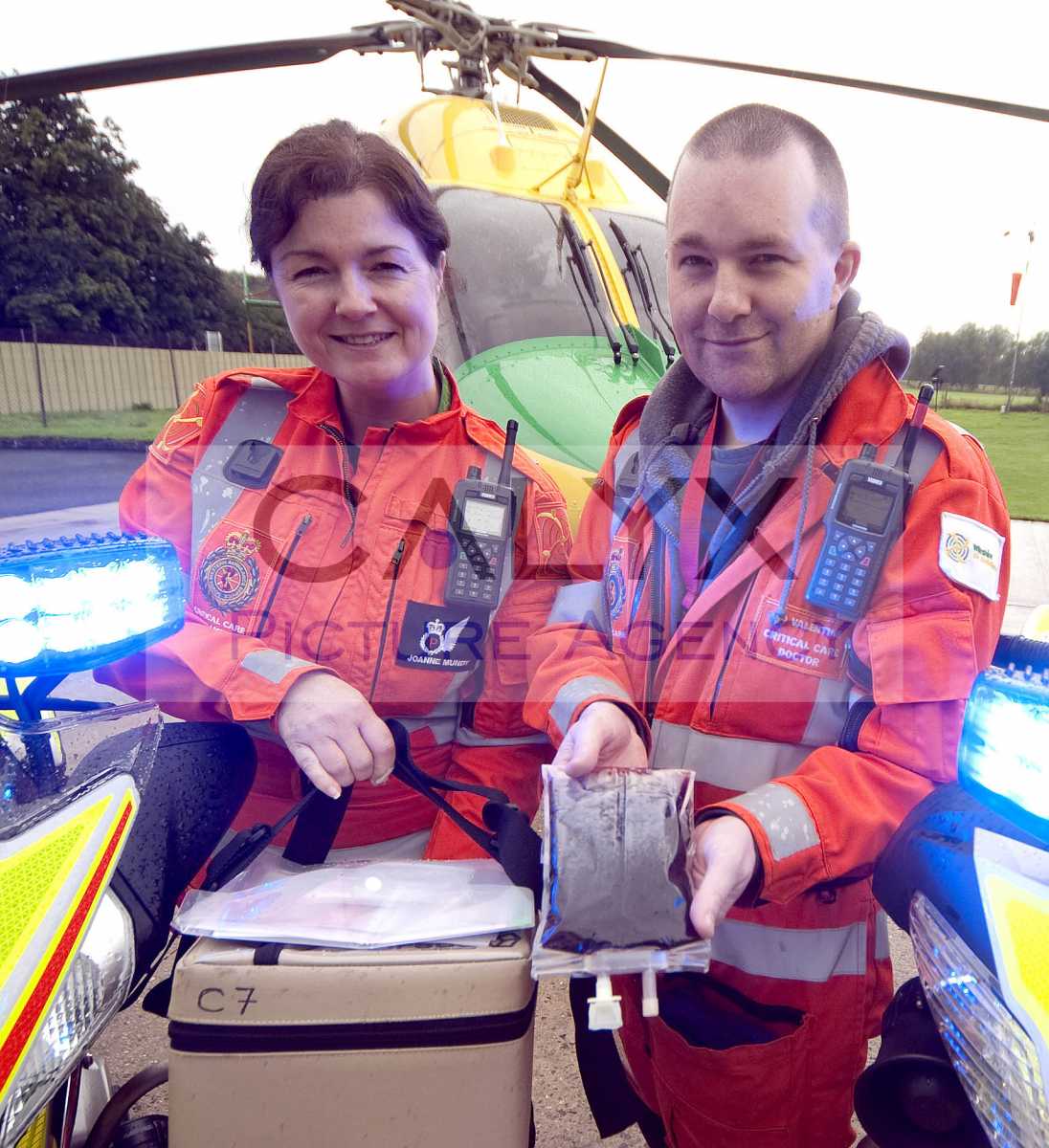 South Western Ambulance Service NHS Foundation Trust’s deputy clinical director, Adrian South, said: “SWASfT’s critical care specialist paramedics who work on the air ambulances receive additional training so they can bring even more clinical skills to the most seriously ill and injured patients. Along with critical care doctors, they are able to administer the blood. This new initiative to carry blood for transfusions on the two air ambulances will be of real benefit for patients in the south west.”

The blood, two units of O negative, is stored in a Credo blood box, an insulated box that maintains the blood within a narrow temperature range preventing damage and spoilage.

When blood is to be given to a patient it will be warmed from its cool storage temperature towards body temperature using a small portable device called a Belmont buddy lite Fluid Warmer.

The Credo blood box containing the units of blood can be switched from the helicopters to the Rapid Response Vehicles (RRV) used by WAA and GWAAC Critical Care Paramedics, if needed.

Gallery of the launch: