Emma Hickman Fiancee of Private Daniel Wade with daughter Lexie-Mai opens the Field of Remembrance at Lydiard Park Swindon.
Private Wade was killed when his armoured vehicle was hit by a IED in March, just a couple of months before the birth of his daughter Lexie-mai. 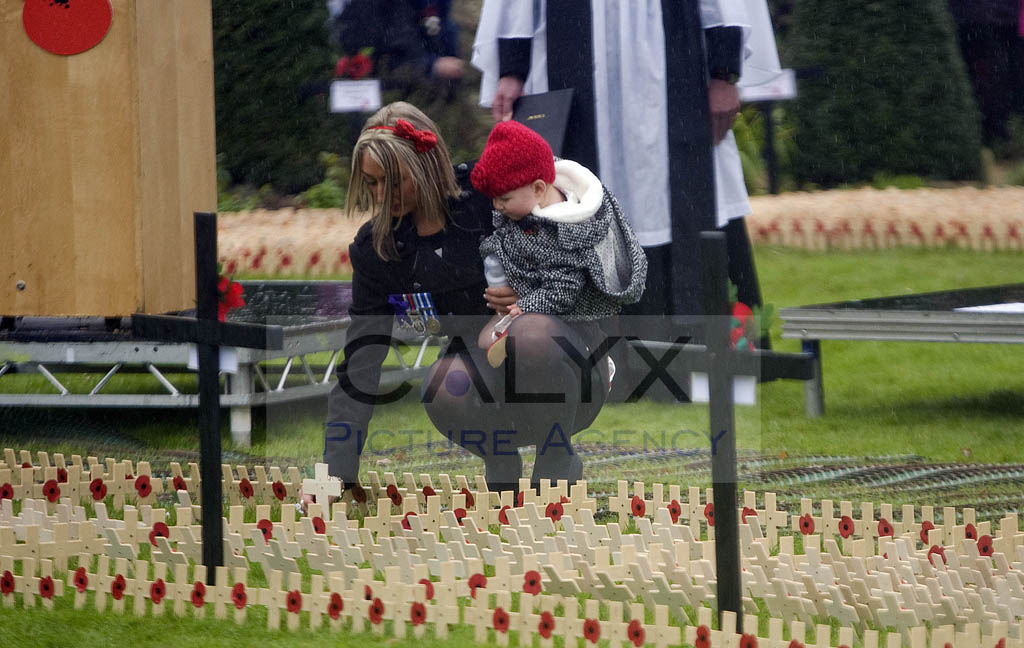 The latest soldier to be killed in Afghanistan Warrant Officer Class 2 (WO2) Ian Michael Fisher had a cross placed in his honour.

On the lawn outside the house was a sea of poppies with messages.