A light plane crashed at The Cotswold Airport at Kemble. The plane, a North American Bronco we believe was shown at RIAT over the weekend.

At 14:52 Gloucestershire Fire & Rescue Service were called to a small plane crash of a North American Bronco at Kemble airfield . 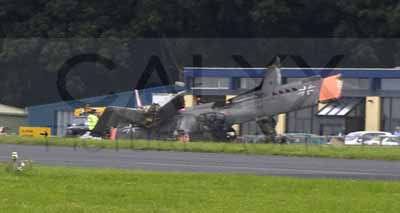 Ambulance H.A.R.T teams who were passing the Airport at the time of the initial impact & Both the Airport Fire Service were on the scene quickly and assisted in providing medical Care to the pilot who was released before the arrival of the service and has been conveyed to hospital by county air ambulance . 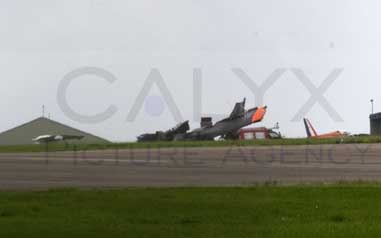 SC Parker stated that all services worked extremely well together in assisting to getting the casualty to hospital swiftly.